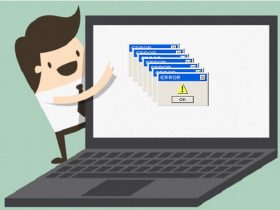 Visual Feedback and Bug Reporting Tool: How to Streamline Your Process

New, but not hopeless. Blockchain technology is worth investing in

The Blockchain Technology emerged in 2009. The first blockchain implementation is bitcoin, which invested in the admission of blockchain technology and acquainted the world with its benefits. Successful start of this project led to a new era of crypto currencies and the appearance of a wide variety of platforms, providing the services of mining digital money and exchanging them with the real currencies.

DLT has proven the electronic currency business viability, and establishment. As a pioneer, the bitcoin is the most well-known. Even though, they were slower to mine, consumed a lot of energy while calculating, and have a limited total amount.

The most valuable sector of blockchain implementation remains the development of cryptocurrency platforms. But more and more industries have been using blockchain. These days, DLT is used in the banking sector, fintech, e-commerce, transport and logistics, IoT, healthcare, management of intellectual property, energy, and so on.

Appearing of new spheres of blockchain usage demanded some progress in technology.

The modern principal industries are:

There’s a mass introduction of blockchain and distributed ledger technology(DLT) in the field of supply and accounting chains. The year of trial and error was also 2016, marked by the collaboration of Walmart and IBM to track store products. The result was a commercial sharing of the Food Trust blockchain platform. Upon this, IBM decided not to stop. Thus, in 2018, after a long partnership with Maersk, a trading solution to the problem of freight transportation was suggested. It was called Tradelines.

The trials bore fruit, and news of the launch of the platforms soon appeared. This company wasn’t the only leader, but also there were such great companies as Volvo + Ford; the product of the company Nestle, as far as Amazon, and some more companies. These are just a few examples. The real sector is reaching the global phenomenon rather than a particular businessman’s bliss. This success proved the necessity of using the DLT for new players in the market to gain competitive advantages. Look, some innovative companies are already doing it.

For example, recently, the Spanish company Iberdrola used distributed ledger technology to track the energy source to guarantee the consumers’ environmentally-friendly («green») nature. The launch by the global Energy Web Foundation of the first public blockchain dedicated to the energy sector was also an amazing piece of news.

Cooperation of Blockchain, IoT, and AI

The future of blockchain nowadays is connected with such technologies as AI (artificial intelligence) and IoT (Internet of Things). These are contemporary innovative ways of developing and improving many industries, including business.

Besides, many digital platforms fit for corporation exploitation appeared. These are ‘Polkadot’, ‘Cosmos’, ‘Wanchain’ + some more. They create the ability for companies to connect numerous DLTs, work in collaboration, share data, and make transactions possible across numerous platforms. As an advantage to improve fundamental frameworks of corporations that carry numerous cases of usage and adapted implementations.

As a result, a new environment – the ecosystem appeared. Eventually, this became a wonderful opportunity for enterprises to inter-operate. Participants of such types of environments are elaborating devolved operations, which supply ID procedures + the guidance of chains.

Digital platforms create the ability for organizations to safely interoperate and share information, guaranteeing that all participants have the same data while providing differentiated access for the intermediaries, excluding the chances of data falsification.

The clarity in this digital technology is achieved through the inner chains’ process (data recording system). Thus, this system makes it impossible for any changes to appear inside the recorded data and cheat the network. It stores information safely, demanding recording in case of any changes applied.

Blockchain is a digital database that stores information about all transactions performed by members of this system. Each of the blocks contains a certain number of transactions. These transactions are traceable.

Security. The recording process gives no way for the data to be changed, guarantees enhanced security, and saved end-to-end.

Remaining trustworthiness and privacy of data, corporations can freely exchange data across company and industry thresholds and enhance partnership and reliance between the partners of an ecosystem. For example, safe data exchange among medical care suppliers can enhance the exchange of patient data. The same thing concerns other practical data concerning organizations and international thresholds.

Immutability. Once stored data cannot be altered, modified, and changed.

(S-S)Self-Sovereign info and digital PI. Influencing DLT for reliable depot + operation, users can set up the accountability of their personal information and produce and manage their 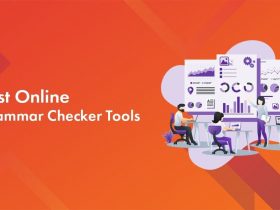